“After the first death, there is no other.” –Dylan Thomas

It was Pokhara that broke me.

I was overwhelmed by Kathmandu and struggled to process my experiences in Bhaktapur. So, after I applied for a meditation course in Lumbini and they told me they were full, I hopped on a bus last November and headed to Pokhara, a small city on a big lake nestled in the foothills of the Himalayas.

I found a little place tucked onto a hillside and near Phewa Lake. I finally had a kitchen. There was a hammock. The view was phenomenal. I was going to be there for two weeks, alone except for a couple evenings sharing drinks with my Airbnb host and a visit from a friend I met in Kathmandu. 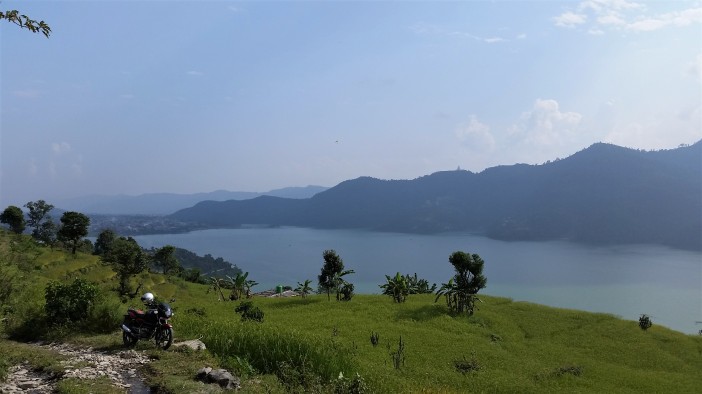 It was just what I needed, I thought, after all the hustle and bustle of India and a frenetic week in Kathmandu. In the first few days, I congratulated myself on finding the best and most beautiful place to write. Because that’s what I was there to do.

It was about the fourth day that I faltered.

“What am I doing here?” I asked myself. “I’m writing blog posts, but why can’t I write fiction? I’m journaling each morning, but why do I still feel so heavy?”

I don’t know what it was, but it was then that I dug up a shard of memory: Paul.

Paul was one of my first friends when I moved to North Carolina, my first date to a school dance, and my first boyfriend. We broke up somewhere between sophomore and junior year but stayed friends. And then he was diagnosed with cancer our senior year.

And then he died. He was 19 years old. I was starting my second year of college.

I don’t know why I thought of Paul there on the hillside, up from a small town called “Happy Village.” Granted, since I’d set out on my travels months before, I knew that part of the reason for my journey was to give myself the space I needed to pull back the layers of grief and trauma that had piled up over the years–the ones I’d ignored, the parts of myself I’d pushed aside. Last summer, I traveled through towns that I’d called home, and doing so gave me a more unified sense of self–a narrative that pulled together, instead of pulling at the seams. But I knew it was really in the new places–in being displaced–that I would be able to begin to see more clearly.

Last September, on my first foray into the new–leaving behind the U.S. and South Korea, my two most notable “homes”–I was on an overnight layover in Bangkok en route to Kolkata. My travel buddy Boyeon and I stayed in a hostel on the outskirts of downtown, and that night I had a dream about a former boss–the one who’d created the toxic work environment that pushed me into depression and eventually inspired me to sell my things and leave non-profit life altogether. In the dream, he and I were at an event with some of his new staff members, and it was all niceties, but then he said something and I flipped the table we were sitting at, sending our drinks flying.

And then, in the dream, I started crying. I felt so bad—flipping tables just wasn’t something I did.

And then I woke up.

I was surprised by this dream. Thought I’d made peace with the few years I’d had working at sometimes-difficult non-profits.

And, I wondered, if that was so easily unburied, what else was down there?

And so there I was, alone on a hillside in Nepal writing to Paul and talking to him and writing about him.

You’ve mourned this already, I told myself, remembering the years following his death—the first few months marked by insomnia and this insatiable drive to do. To do because that was my one way of coping, and since I lived in the United States, workaholism was the one addictive coping mechanism that would never be questioned.

The day I found out Paul died, my friend Sandy called me and asked if I was alone. I wasn’t—I was working in the newsroom of The Gamecock, my university newspaper. I excused myself to the restroom. She told me the news, and I wept in the bathroom and slammed my hands against the stall doors. And then I washed my face and wiped it clean and went back into the office and went to the university police station to copy over the crime report to submit to the newspaper that evening. And then I went and led my a cappella group’s rehearsal. It wasn’t until I got back to my on-campus apartment that night and one of my roommates asked me if I was okay—I’d just stepped into the door—that I let myself cry again.

And there I was, crying once more in Pokhara, not understanding where the tears came from or why.

Except that I was 32, and it was different to mourn the death of a 19 year old at age 32 than it was when I was 19. This time, I could feel how young he was. Could mourn the intervening 13 years, the things he would’ve done, the person he could’ve become.

And I could mourn for myself—what it meant to lose at 19. How I wished I could talk to him again. How much he would’ve loved to see the things I was seeing.

And I mourned the high schooler I was. How buried I’d been in ignoring my trauma and how this emotional distance to myself kept me emotionally distant with my friends. How I wished I could’ve been more open, with Paul and with others. How much I had been afraid to connect, and yet, what connections I had. How his death, in some way, brought all his friends closer together in adulthood so that, even today, we meet up over holidays, a whole crew of us—Thanksgivings and Christmases and the occasional weekend trip.

I realized I needed Paul to help me. That whatever shards were down there blocking the way were buried deep, and I couldn’t move them on my own. I’d lost faith in myself. In my writing. Even in the concept of storytelling. 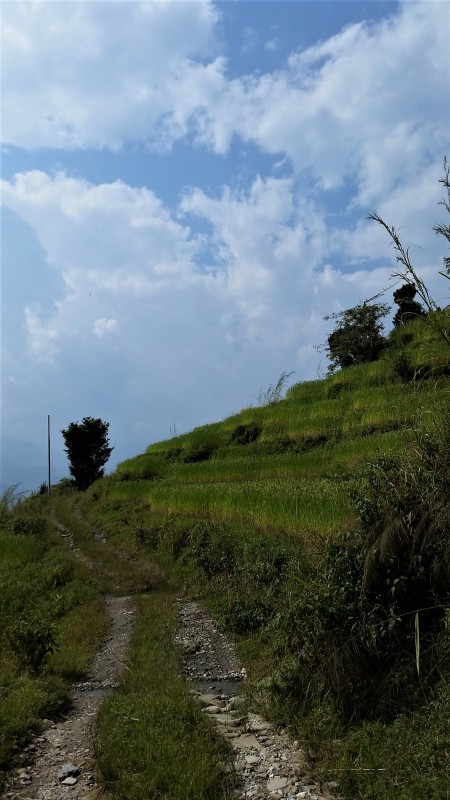 Why do we tell fiction stories anyway? I thought. Words that get buried in some obscure literary magazine, gatekeepers telling us that our stories aren’t good enough or interesting enough or universal enough.

I wrote in my journal and asked him or God or whoever it was who was listening to help me. To help me write again. To help me believe in writing again.

And I wrote and prayed and meditated and cried some more and watched The Legend of Korra and read books and told myself this was all a stupid idea. That I should’ve stayed in a city somewhere with coffeeshops and noise and movement. That this stillness and aloneness was driving me into depression again.

And then it happened.

I did the same thing the next day. I wrote whatever I wanted. A few days in, I started trailing a short story that maybe started to turn into a novella. I sat with my characters. I felt, again, the power of stories. Of sitting for a while in someone else’s shoes. I remembered why I fell in love with writing in the first place.

I packed my bags. I shared another beer with my Airbnb host the night before I left. He showed me the bats flying around in the trees at night. He gave me a hard time for staying at the house so much. He told me to come back.

The next morning, early, I met my taxi driver at the bottom of the hill. He’d taken me to Sarangkot to see the sunset the day before and had convinced me to catch one sunrise at the World Peace Pagoda before I left. From the steps of the pagoda, I watched as the sun purpled the horizon, gilding the crests of the snowy Himalayas that you could only see on clear days.

I told Paul thank you. Asked him to come with. Told him I understood if he couldn’t.

I breathed in the cool morning air. I watched the sun climb over the clouds as the pink and orange sky slowly became blue.

5 thoughts on “A Grief Remembered”