If I’d known how amazing Roshan’s family’s resort in Tamil Nadu would be, I might’ve asked that we go there first.

After all our driving, all our exploring, he finally took us to his home in Masinagudi, the place where he’d grown up, the village where he works.

And what a place it is. His father owns and runs Wild Haven Resort, an old colonial hunting lodge that he turned into a set of lodgings that would be memorable even for the most seasoned travelers. The accommodations were, of course, lovely and well-kept.

But more impressive were the views. And the nightly bonfires. And the calls of tigers we could hear while sitting around said bonfires.

Because, as the name implies, Wild Haven is in the wild, surrounded by mountains, almost encapsulated by the nearby wildlife refuge.

And if there’s one thing I love as much as water, it’s the mountains. Waking up to them. Breathing in their heights. Marveling at their beauty. Feeling that quiet invitation to come join them, wherever the path leads.

I think that’s one reason I loved my Korean hometown Yeosu so much—all those green mountains pressed right up against the sea.

But now, I had another place to love: Wild Haven. 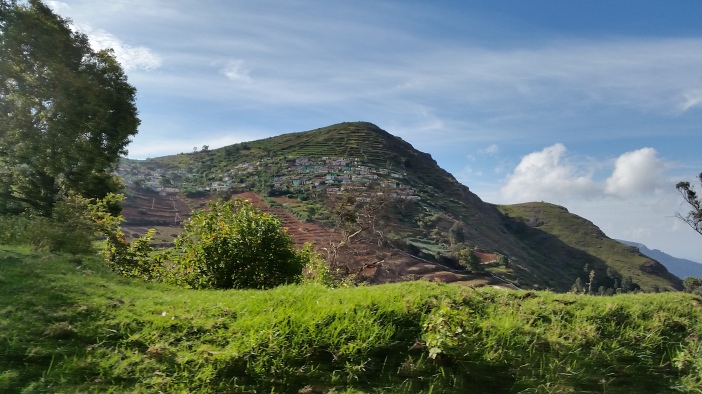 Not only was it beautiful, but we were met with so much kindness from Roshan’s father, the staff, and even Roshan’s rowdy dogs (who clearly loved him dearly). The food was amazing. We had chai at the ready. I mean, what more could you want?

But more we got. Roshan, ever our faithful friend and leader, took us around to the neighboring villages. Introduced us to the tribal leaders whose kids were sponsored by Boyeon’s development NGO. Told us about the projects they were working on. Talked with us about the importance of grassroots efforts and building relationships—especially with groups like these mountainous tribes. Told us he was lucky because, since he’d grown up here, he already had those relationships. It made his work (at a local development NGO) easier. 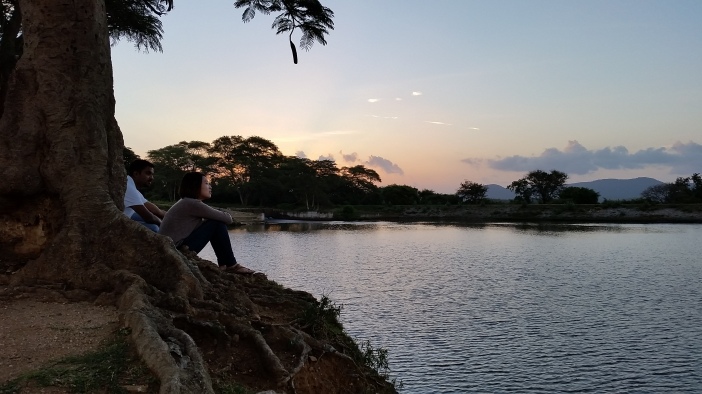 And after we’d had tea with some of these tribal leaders, whose meager work and pay he alluded to, I asked him what he thought the answer was. As someone on the ground, what’s the key to development.

Granted, in that area there were water projects sponsored by an NGO formed by the local tribes. And other efforts to improve health and wellness.

And I thought about the teenage girl and the young boy we met in those two tribal leaders’ houses. And the uphill battles they faced. And the girl in eleventh grade and having to go to school in a town 20km away because that’s where the nearest school was that went all the way up to twelfth grade. And she stayed with an aunt there, but I wondered what she would’ve done if her aunt didn’t live there. Where would youth like her go otherwise, and what would happen when she graduated?

It reminded me how much I take for granted. How I take my education for granted. The school bus I rode every day when I was a kid. The parents who wanted me in school. The food I would eat later that night.

I want to pretend that I don’t exist in a professional silo, but with all my experience in anti-violence work, education, public health, and LGBTQ equality efforts, I felt like I fish out of water when it came to (and comes to) international development. But some things Roshan said struck me as the same things we often talk about in these other efforts (especially in terms of vulnerable populations and hard-to-reach communities)—the importance of partnering with local leaders and communities (and often stepping back so they can take the lead), listening to what they need (and not just coming in with your own agenda), and, in the end, education (something I have a passion for).

I would continue to take these impressions and lessons and questions with me as I traveled through India and Nepal. But in the meantime, I was grateful to see the beauty of this mountain home, to immerse myself in nature once again, and to learn more about the lives and work of the people living there.