Perhaps I was a little naive last June in thinking that my foreignness trumped my gender identity. As the months have worn on, I’ve learned a lot about how my gender is read in Korea–and what power or peril such reading puts me in. Below is Part II of what will probably be a three-part series on exploring gender in these first few months of travel in East Asia. You can find Part I here. If nothing else, it’s been interesting.

A hot June evening. I’d just sent my friend Suzanne back to the US, and after a few days in Sokcho on the East coast, I went back to Seoul to the welcoming, open doors of my homestay sister, Boyeon. Boyeon lives in a rooftop apartment, and she cleared my staying there with her elderly landord (a halmoni (grandmother) who lived a few floors below) and with her roommate. Boyeon and I’d met up at the bus stop nearby, and she showed me around the neighborhood and apartment and gave me a key.

The next night, I came home after dark and made my way up the stairs. I ran into the halmoni on the third floor landing.

“Who are you?” she asked in Korean, an edge to her voice.

“Uh, I’m staying upstairs with my friend,” I answered, also in Korean.

She looked me up and down. “You have a key?”

She nodded and waved me off up the stairs.

Boyeon was out with friends so missed halmoni’s call that night. But when she called back the next morning, she got an earful. The conversation started like this:

“YOU HAVE A MAN STAYING AT YOUR HOUSE? YOU SAID A FRIEND, NOT A BOYFRIEND. I ALMOST CALLED YOUR MOTHER! I AM SO ANGRY!”

They evidently have that kind of relationship.

Boyeon explained, laughing, that I’m a woman. When I ran into the halmoni later that day, I made sure my voice was sufficiently high, that I was binder-free, that I looked as womanly as I could muster so she wouldn’t kick me out.

“Ah, you’re a woman,” the halmoni said. “I really thought you were a man.” (She would proceed to tell this story of mistaken identities to every new person she introduced me to.)

I’ve been explaining myself ever since.

Helping Boyeon serve food at her mom’s restaurant in Yeosu.

Guest: (to Boyeon) Oh, is this your American husband?

Going to a bathhouse/sauna with my friend Seo Yeon.

Staff: Excuse me, men go this way. (points to another door)

Staying at a rural hotel with Boyeon.

Owner: (a little aghast) But I thought you said two women were staying here.

Seo Yeon’s mom: Is this your boyfriend?

And… the list goes on. Some funny. Some annoying. It’s weird because of the way that gender politics play out and how I’m read this way even if I’ve made no effort toward masculinity (beyond my usual “tomboyness”–i.e., no binder, wearing a unisex shirt, etc.). It’s also complicated because of the way I feel compelled to make myself more womanly (“womanize” myself? “womanate” myself?) in certain situations to get read the way I need to (but maybe don’t want to) be read. 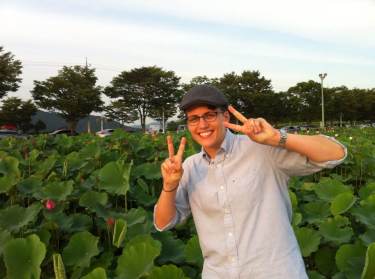 First, the gender politics. There’s a real risk of getting in social trouble if, for example, Boyeon were dragging around this guy to stay with her at hotels/motels/her house. As a single woman, it’s not really culturally appropriate for Boyeon to stay together with a man unless she’s married to him (especially for a halmoni who views herself as Boyeon’s surrogate mom in Seoul or to the rural ajumma who was running an upstanding hotel/motel). This is changing, of course, but some of those social requirements still exist. It would, at the least, be possibly scandalous. Even if she swore I was just a friend.

And so, in these situations, or going into a bathroom, or whatever service I’m trying to gain access to, I feel compelled to act more “womanly,” which is actually not something I want to do. But because of these assumptions I, for example, stick out my chest or say “hello” in what might be considered a “more feminine” tone when I enter a restroom and see someone give me a funny look.

But as I drift closer and closer to a nonbinary identity (in the middle of the gender spectrum, or both/neither man/woman), emphasizing my womanness is the exact opposite of what I am/want to do. So saying, “Yes, I am a woman,” constantly is inaccurate, at the least, but is still the most accurate thing I can say when I want to pee in peace. So, I say it, and I try to play that part, but still, it doesn’t sit right.

Plus, if I’m not read as a woman, just by being myself, what does that mean? And what does that make of the standards regarding what’s “allowable” within the spectrum of “womanness” or “manness”?

The thing is, bowtie and all, I rarely got looks or comments in the women’s restrooms in the US, much to my surprise. Many of my fellow gender non-conforming (GNC) and trans or gender-variant friends are not so lucky and get this policing all the time in the US. I seem to maybe fit within a margin of womanness or tomboyness in the US, for the most part.

But here, it’s different. Maybe it’s because my style of clothing fits squarely in the center of Korean masculine styles or because my body type and build are closer to a Korean man than a Korean woman’s. I don’t know, but I know that it’s everywhere, almost every day.

Even last week, traveling in Jindo with a new travel buddy I met at the Airbnb where I was staying, we got the same reaction buying mandu (dumplings) at the bus terminal.

Random Korean Woman waiting for food: (to Sarah, my travel buddy, and gesturing to me) Is this your boyfriend?

Granted, as someone toward the center of the gender spectrum, that my androgyny confuses people is not really a surprise, and not entirely unwelcome. It’s simply part of who I am and how I express who I am. And I do lean toward the masculine, in terms of gender expression. Even in the U.S., I joked about getting called “sir-ma’am-sir” all the time.

I guess the frustrating part is simply the conviction with which people put me in the “man box,” the arithmetic of dress or composure or voice or body type that, here, create a firm calculation in people’s heads: Alexis = man = husband = boyfriend. In a place where the language for non-binary identities is maybe in a fledgling state, how does one handle the boxes made available to them?

It actually makes me wonder about presenting more masculinely on purpose and using the men’s restroom just to stop the questions. But I’d probably get looks there, too–or worse–so I’m stuck. In the middle. As usual.

Which is maybe just where I belong.